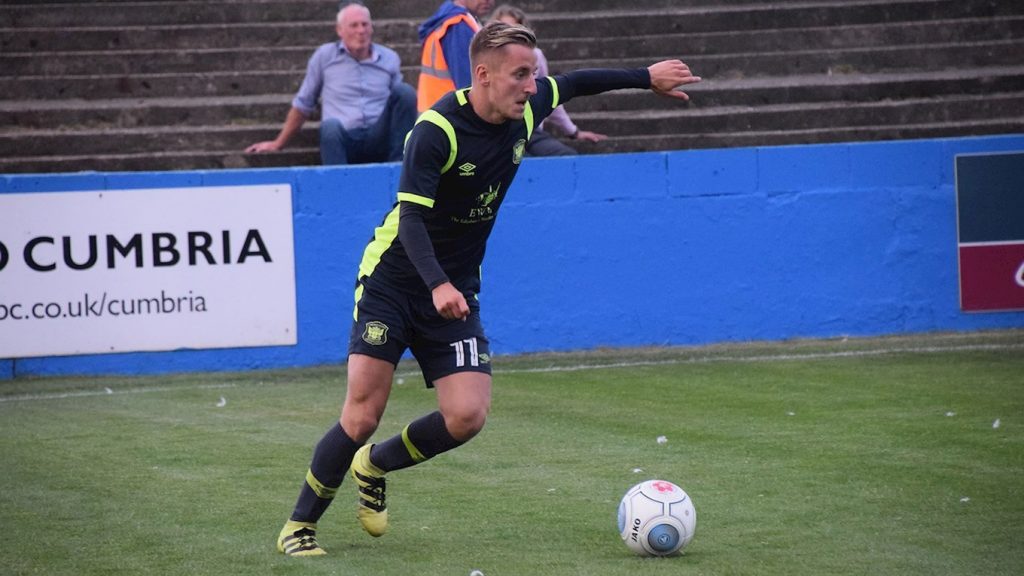 George was born in Manchester and started his career with Premier League powerhouse Manchester City. He worked his way through the youth set-up with the Manchester side before being named as the captain of the Elite Development Squad.

In August 2016, George was sent out on loan to Fleetwood Town for the season and made 9 appearances in League One during his loan period, and his form was enough to persuade Fleetwood to sign him on a permanent basis just 6 months later. George went on to make over 50 appearances after signing a permanent deal with the Highbury-based side before leaving at the end of the 2017-18 season.

In July 2018, George signed for League Two side Carlisle United on a one-year deal. He has already made a number of appearances for side this season, even grabbing his first professional goal in an EFL Trophy game against Morecambe.

Nick Bianchi had this to say on the latest member of the BKM Family; “We are thrilled to have George on board with the BKM family. George has played over 100 appearances in the EFL with Fleetwood and we are confident he can enjoy a terrific future.”