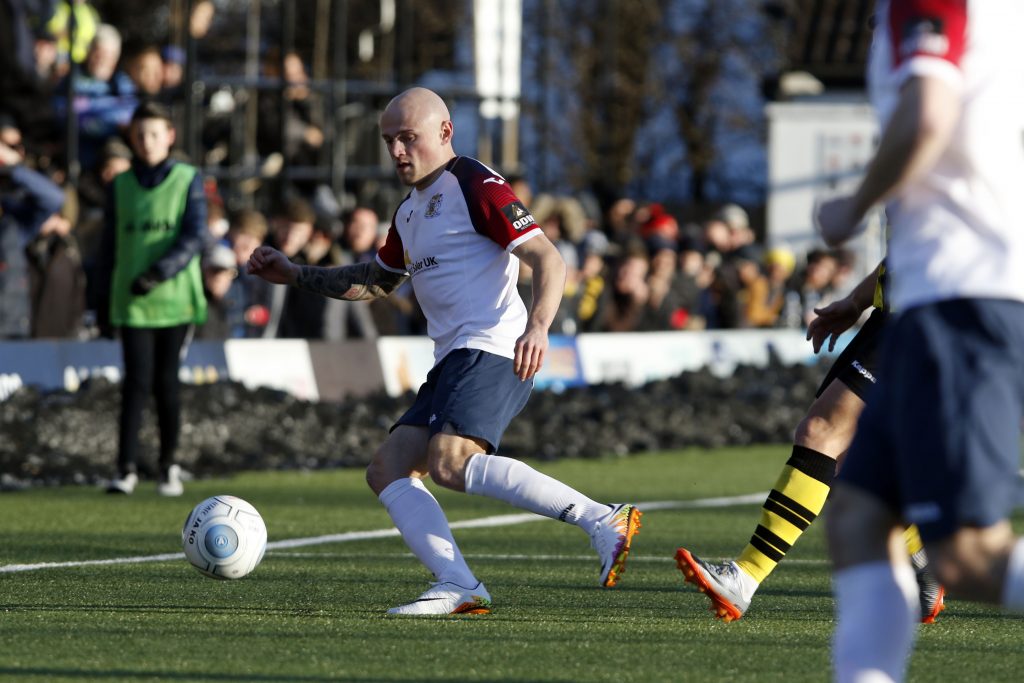 We had clients in action all over the world at the weekend, here’s how they got on.

Alireza Beiranvand and his Persepolis side made their first appearance after the winter break as they travelled to face Sepidrood Rasht in the Hazfi Cup on Thursday. Alireza started in goal for the visitors, who would go on to win the game by one goal to nil and progress into the next round of the competition.

Keiran Wallace featured for Burton Albion on Saturday as they hosted Oxford United. The home side were reduced to ten men in the 12th minute when John Brayford dragged back Jerome Sinclair as he was through on goal. The Brewers faced an uphill battle for the remainder of the match, with goalkeeper Bradley Collins heroics keeping them in the game throughout. BKM client Wallace was introduced in the final minutes of the game to help secure the draw. The game ended 0-0, with Burton sitting 11th in League One.

Danny Whitaker was on touchline with Sol Campbell at the weekend as the Silkmen travelled to 2nd place Mansfield. The hosts took an early lead when Jorge Grant found the net after Keiran O’Hara parried the ball back into the area. Macclesfield bounced back just before the break, with Callum Evans firing home from just inside the box after confusion in the Mansfield area following a Macclesfield corner. The Silkmen started the second half well when Scott Wilson was through on goal, but he couldn’t quite lift his chipped shot high enough, and shortly after Mansfield restored their lead in the 56th minute a Krystian Pearce finish. Tyler Walker would finish the game off for the hosts in the 89th minute when he tapped the ball into an open to net to inflict a 3-1 defeat for Danny and the Silkmen.

Shwan Jalal featured between the sticks for Chesterfield on Saturday afternoon, as his side hosted Brackley Town in the FA Trophy. It was a tense first half between the two, with Brackley forward Omari Sterling-James challenging Shwan on a few occasions, but the Spireites keeper was equal to and saw his side go in level at the break. In the 52nd minute, Brackley opened the scoring. Lee Ndlovu met a corner and poked the ball home to give his side the advantage. In the 76th minute Brackley doubled their lead when James Armson received the ball on the edge of the area. The midfielder took a touch and slotted the ball into the bottom corner. The visitors would see out the rest of the game to record a 2-0 victory, ending Shwan and Chesterfield’s FA Trophy campaign.

Sam Minihan and Dan Cowan both played a part in Stockport County’s FA Trophy fixture away at Harrogate Town over the weekend. It wasn’t the best of starts for the Hatters, as Jordan Keane deflected a low Harrogate cross into his own net to give the hosts the lead. It didn’t last for too long however, and just five minutes later County had taken the lead. Adam Thomas scored the equaliser after some great play from Darren Stephenson, and then straight after Harrogate kicked off, Ash Palmer won the ball and sent it long for Frank Mulhern to latch onto and find the back of the net. Matty Warburton was next on the score sheet, as he intercepted a poor back-pass from the Harrogate defence and gracefully rounded the keeper to grab his 22nd goal of the season. BKM client Dan Cowan was introduced in the 66th minute to steady the defence for the rest of the game. Mulhern got a second in the 78th minute of the game when he found the ball on the half way line, ran the length of the half and rounded both the Harrogate keeper and defenders to finish with style. Harrogate managed to get a late consolation goal courtesy of George Thomson, but it was too little too late as County were deservedly the victors and progress to the quarter-finals of the FA Trophy.

Our client Steve Watson took charge of his second game as York City manager over the weekend as his side, featuring fellow BKM client Wes York, travelled to Alfreton Town. The game got off to a fierce start, and in the 11th minute Watsons men had the lead. Sean Newton intercepted a ball heading towards Sam Ramsbottom in the Alfreton goal and curled it in at the far post. Alfreton reacting well to going behind, and in the 36th minute they found an equaliser. Reece Styche was pulled back in the area and awarded a penalty, he stepped up and slotted home to make it 1-1. Just after half time Styche double his tally to give the home side the lead, after his blocked shot found its way inside the far post. Wes York was introduced for York in the hope of finding a way back into the game. In the 85th minute York found an equaliser. A corner was sent into the box and Alex Kempster was there to meet it and get Watson’s men back in the game. In the 88th minute York were awarded a penalty after Jake Wright was pulled to the ground in the box. Jordan Burrow stepped up to take it and calmly slotted home to clinch victory for York City.

Our final client in action over the weekend was Gregor Buchanan. Gregor started at the heart of the Greenock Morton defence as they travelled to 3rd place Dundee United. The home side opened the scoring in the 8th minute when Pavol Sanfranko tapped the ball in from the six-yard line. Dundee continued to dominate the first half, with debutant Peter Pawlett doubling their lead in 29th minute, and went in at half time with a deserved lead. Morton came out looking stronger in the second half, and in the 73rd minute they halved the deficit thanks to Bob McHugh. Greg Kiltie picked the ball up on the right-hand side and sent a low drive into the area for McHugh to tap past the keeper. Unfortunately for Gregor and the Morton lads they couldn’t find another goal and the game ended 2-1 to Dundee, leaving Morton 6th in the Scottish Championship.