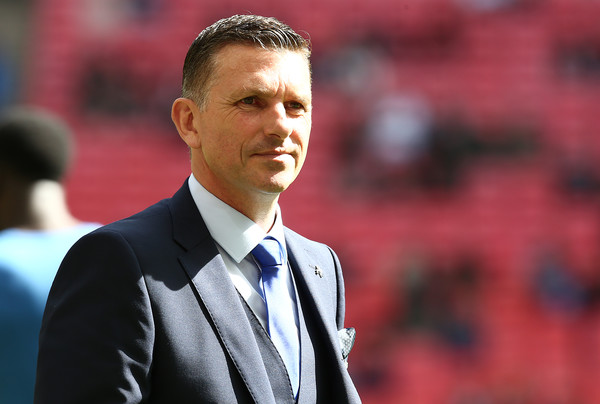 BKM client John Askey has been appointed as Port Vale’s new First Team Manager until the end of the season.

The appointment comes less than a week after Neil Aspin stepped down from his managerial role at the League Two side.

John started his playing career with Port Vale as a youngster, following in his fathers’ footsteps, before moving on to Macclesfield Town where he would stay for the entirety of his career.

After spending all of his playing career at Macclesfield, Askey was appointed as the First Team Manager on an interim basis in 2003. He took charge of 27 games for club, with highlights including a 4-0 win over Huddersfield, 3-0 FA Cup win over Boston United and a 4-1 victory at Kidderminster Harriers. Brian Horton was hired as first team manager towards the end of the season, with Askey staying on as his assistant. His second stint in charge of Macclesfield came almost ten years later when he was hired until the end of the 2012-13 season after Steve King’s sacking in early April. After an impressive 11th place finish he was given the job on a permanent basis. In his first season as permanent manager, Askey took the club to the Third Round of the FA Cup and 15th in the Conference Premier. His success only continued over the next few years, seeing his side finish in 6th, 10th and 9th position respectively, as well as reaching Wembley for an FA Trophy final in 2017.

It was the 2017-18 season where Askey truly proved his managerial skills. Despite off the pitch issues threatening to affect his side, Askey earned the Silkmen promotion back to the Football League for the first time since 2012 as they were crowned National League champions.

As well as his success with Macclesfield, Askey has experience in the Football League. His most recent managerial role was with League One side Shrewsbury Town.

Askey had this to say on his new role; “I am absolutely thrilled to be joining Port Vale as their manager. It’s a great club, which I know so well coming from the area, and with my father playing there. it is a club that has so much scope to grow. It’s a wonderful opportunity and I can’t wait to get started.”

All of us at BKM wish John and Port Vale the best of luck to the remainder of the season.