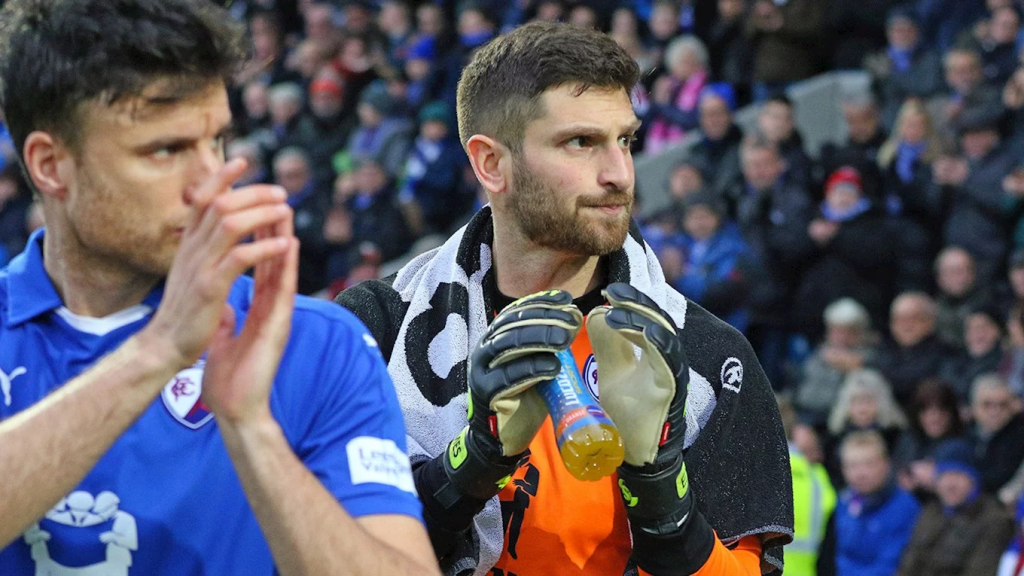 Here’s a recap of how our clients got on over the weekend.

Jordan Clark started on the wing for Accrington Stanley as they hosted Bristol Rovers. Stanley got off to a quick start in the game. Clark played a dangerous ball into the box from the right-hand side and after a bit of a scrap for the ball Sam Finley saw his effort well blocked. Clark continued to cause problems in the opening stages of the game, this time finding Callum Johnson with an over the top ball, but Johnson couldn’t keep is effort on target. Billy Kee came close in the 17th minute when he tried his luck from a distance, but the Rovers keeper managed to get a hand to it. Stanley debutant Liam Armstrong had a couple of chances in the first half, and he came ever slow close to opening his Stanley account with a close-range effort in the 37th minute, but the Rovers keeper was equal to the effort and the sides went in level at half time. Stanley very nearly took the lead early into the second half. Finley whipped a free kick into the area and Kee eventually got control of the ball, turned a fired his shot from the edge of the area but he couldn’t find a way past the keeper. Stanley kept the pressure up throughout, with Kee having numerous chances but there was no way past Jack Bonham in the Bristol goal. Rovers themselves had a few opportunities, but the Stanley back line were on top form in order to keep them from going behind. Stanley were looking dangerous every time they attacked, with brilliant link up play from Clark, Daniel Barlaser, Kee and Armstrong, but there was no way past Bonham in goal and the game ended 0-0.

Assistant Manager Danny Whitaker saw the Silkmen travel to Grimsby on Saturday. The game had an exciting opening period, with both teams pushing forward and catching the other on the counter. In the 23rd minute Macclesfield managed to take one of their chances. Michael Rose sent a low free-kick into the area, and Tyrone Marsh was there to slide the ball past the keeper from close range and give his side the lead. Just seven minutes later the Silkmen doubled their lead thanks to Scott Wilson. Mitch Rose received the ball deep into his own half for the home side, and after a sloppy touch from the Grimsby man, Wilson burst in to swipe the ball away, leaving himself one on one with the keep. He kept his composure and slotted the ball past the keeper into the bottom right corner to double the Silkmen’s lead. Wilson almost doubled his tally just five minutes later, but he couldn’t keep his effort down. As the second half got underway Macclesfield continued to dominate proceedings, and even when Grimsby had an opportunity the defence were standing firm. There were a few chances for Macc to increase their advantage throughout the half, with Marsh seeing a header saved by the Grimsby keeper before Wilson had the rebound saved off the line. Despite these chances the Silkmen couldn’t quite increase the deficit, but they comfortably saw the game out to record another win on the road.

Saturday also saw BKM client Shwan Jalal return to the Chesterfield side for their FA Trophy fixture against Bedford. The fixture saw John Sheridan take charge of his first game at home since taking over from Marten Allen for the Spireites. Chesterfield started well, with Kyel Reid sending in a number of dangerous balls into the box. Curtis Weston, Jerome Binnom-Williams and Marc-Antoine Fortune all had good chances, but none could quite find the target and both sides went in at half time level. In the opening minute of the second half Johnathon Smith shot from just outside the box, but once again the effort went wide. Jalal was called upon in goal just a few minutes later when Paul Benson sent a low cross in from the right for the opposition, only for Jalal to gather with ease. The Spireites pressed on, with a number of chances but there just didn’t seem to be a way through, but in the 89th minute Tom Denton was there to save the day from close range and secure a victory for Chesterfield.

Sam Minihan started at right-back during Stockport County’s game against Truro City in the FA Trophy. County got off to a blistering start when Matty Warburton found the back of the net in the third minute. Darren Stephenson played the ball to Warburton on the edge of the area and he found the back of the net with a lovely left-footed finish into the bottom corner to give his side the lead. The Hatters continued to dominate proceedings, winning five corners in just the opening ten minutes. In the 17th minute County doubled their lead. Frank Mulhern played Stephenson in on the left before the winger fired a low cross into the area. Adam Thomas was on hand to get a shot away, but the Truro keeper managed to block the shot. The rebound came out to Matty Warburton who finished from close range for the Hatters. Just ten minutes later Warburton completed his hat-trick. Jordan Keane dinked the ball forward for Warburton to collect, he expertly turned away from his man and found the bottom right corner to give his side a 3-0 advantage. Darren Stephenson was the next to get on the scoresheet when he made it 4-0 just three minutes later. Thomas found Stephenson in the box who found the back of the net with ease. County began the second half in total control, with Truro never really causing any problems for the Hatters. Minihan was working well down the right-hand side, and almost set Stephenson up for his second goal in the 57th minute, but the wide man was unable to convert. In the 65th minute County well and truly finished the game off. Stephenson was once again the provider has he fed through Warburton on the edge of the area. Warburton left the entire backline for dead with his movement and came one on one with the opposition keeper, before calmly finding the back of the net to get his fourth goal of the game. The game would end 5-0 to the Hatters and see them progress into the next round of the cup.

Our final client in action over the weekend was Gregor Buchanan. Buchanan started at the heart of the Greenock Morton back-line as they travelled to Alloa Athletic. Morton’s stand in goalkeeper Ryan Scully was called to action early on when Dario Zanatta had a chance from fifteen yards out, but Scully did well to get down and collect the ball. Just five minutes later Scully was called upon again. Alloa got the ball into the area, and after multiple deflections inside the area the ball landed for Alan Trouten in a dangerous position. Scully threw himself at the ball and managed to smother it before the forward managed to get a shot away. Just moments later Morton found themselves on the counter. Jim McAllister made a great block in the Alloa half with the ball falling to Chris Millar. The Morton man tried his luck from 22 yards out with a first-strike and found the bottom corner to open the scoring. Morton tried to increase their lead as the half went on, with Bob McHugh having a chance in the 33rd minute after some great build up play, but they couldn’t find a way through. The second half got underway, with Morton looking positive in possession and on the hunt for more goals. They came close in the 58th minute when McHugh, Millar and Charlie Telfer were involved in a neat passing exchange before playing through Michael Tidser in the box. The Morton man couldn’t quite make it before the Alloa keeper, who collected the ball and diffused the attack. Morton continued to look the better of the two sides until the 67th minute when Alloa won a penalty. Trouten stepped up for the hosts and slotted it into the bottom-left corner. Both teams were no in search of a goal to take the lead, and in the 77th minute Alloa were the ones to find it. Rory McKeown went to clear the ball for Morton, but his clearance was blocked and spun towards the goal line. The ball rolled along the goal line, still spinning, and Kerr Waddell came in to clear away, but miscued his clearance and sent the ball into his own net to give the hosts an advantage. Morton pushed on in hope to salvage something from the game, and it looked like they had when Millar floated a cross into the Alloa area. Buchanan rose above the challengers and looked to meet the ball, but it brushed the top of his head and ran through the Alloa keeper. In the end it wasn’t meant to be for Morton, and the game ended 2-1 to Alloa.