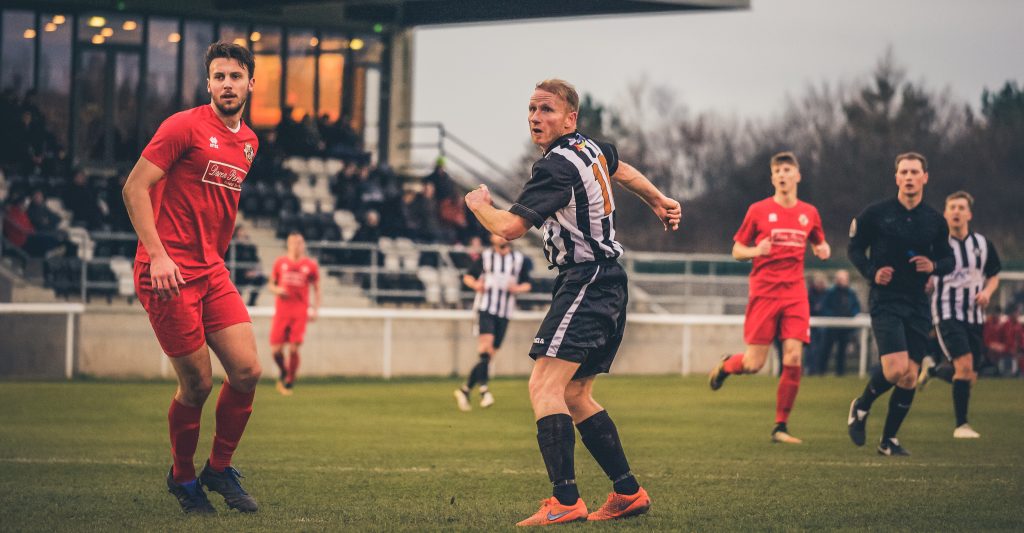 We had numerous clients in action over the past weekend, all through the English League and up in Scotland. Find out how they got on here.

Friday night saw Gregor Buchanan start for Greenock Morton. Morton hosted league leaders Ross County, hoping to cause an upset. The game got off to a cagey start, with no real out and out chances in the opening minutes. Scott Tiffoney came close in the 15th minute after a goal keep was launched up for a quick route one counter, but the winger couldn’t quite get there, and County managed to clear. County had their first real opportunity just a few minutes later when former Morton forward Michael Garydne found the ball in the box, but he couldn’t find a way past Derek Gaston in the Morton goal. Both sides began to grow into the game as the half went on, with County forcing a goal-line clearance from Morton defender Kerr Waddell, but neither side managed to find a breakthrough and went in all level. Neither side held back as the second-half began, with Jim McAlister and Michael Tidser both having chances for the hosts. In the 61st minute County almost took the lead. Garydne curled a strike the was heading right into the top corner, only for Gaston to get a fingertip to it and keep his side from going behind. Just five minutes later there was a breakthrough. Morton won a free-kick on the right-hand side and Tidser stepped up to take. He sent a fantastic ball into the area and found Waddell at the back post, who was on hand to volley home. In the 78th minute Morton almost doubled their lead when Bob McHugh broke down the right wing. He flicked the ball around a defender and pushed forward into the box before finding an opening, but McHugh skewed his effort wide. As the game entered the dying moments County were getting frustrated in their search for an equaliser. Their frustration came to a head in the second minute of added when they found the back of the net, only for the goal to be disallowed due to a prior foul on the Morton keeper. Marcus Fraser was then shown a second yellow for dissent after the goal was disallowed and was given his marching orders. A poor end to a poor afternoon for the league leaders, but a fantastic result for Buchanan and Greenock Morton.

It was FA Cup weekend for many of our clients in the English League on Saturday. Jordan Clark started on the wing for Accrington Stanley as they hosted Championship side Ipswich Town. Stanley got off to a great start, with plenty of chances in the opening period. Sam Finley and Mark Hughes both had chances from an early corner, but neither could find a way through. The half continued, and whilst Ipswich began to dominate the possession, Stanley looked dangerous on the break. Our very own Jordan Clark looked to cause some issues down the right-hand side, finding his way into the area before hitting a low shot at goal. The Ipswich keeper spilled it, but managed to recover just in time. The half continued in the same vein, with Billy Kee and Clark both coming close in the final stages, but there was no way through and they went in at 0-0. Stanley picked up where they left off in the second half, Kee coming close at the back post, only to be denied by the Ipswich keeper. It wasn’t until the 76th minute when Accrington finally broke the deadlock. Sean McConville teed up Ben Richards-Everton at the back post, who sent the ball back across for Kee to finally get his goal and give Stanley an advantage. Ipswich would increase their pressure throughout the final ten minutes of the game, but Stanley were equal to it. In the last minute it looked like Ipswich might grab an equaliser, but a heroic challenge from Ross Sykes prevented it. The game ended 1-0, with Accrington progressing to the next round of the cup.

Keiran Wallace was also in action for Burton Albion, as they travelled to Rochdale for their League One fixture. Wallace started on the bench, but in the 13th minute of the game he brought on to replace the injured Stephen Quinn. Just five minutes later Burton broke the deadlock when Marcus Harness was there to meet a flick on from a corner to give his side the lead. Harness was looking dangerous throughout the first half, finding himself in the box on numerous occasions, and in the 30th minute he grabbed another goal. Lucas Akins held the ball up on the edge of the box before finding Harness in space. He struck the ball from 18 yards to double his sides lead. Burton were completely dominating the game at this point, and went in at half time 2-0 up. Rochdale attempted to force a way back into the game after half time, with Oliver Rathbone and Ian Henderson testing the Burton defence, but in the 78th minute Burton well and truly finished the game off. Scott Fraser won the ball back and played it to Wallace, who played a fantastic ball over the Harness. Harness sent the ball into Liam Boyce who finished with ease to make it 3-0 to Burton. In the 86th minute Harness grabbed another goal, completing his hat-trick with a 20-yard curler into the bottom-left corner. The game ended 4-0 to Burton.

Our client Sam Minihan started at right-back for Stockport County on Saturday afternoon as they hosted Bradford (Park Avenue) AFC. The Hatters got off to a perfect start when Matty Warburton found the back of the net just five minutes in. Scott Duxbury and Darren Stephenson linked up well down the left before the latter squared it to Warburton who controlled it and slotted past the keeper. 1-0 County. County were dominating proceedings during the first half, with Adam Thomas forcing the Avenue keeper into a brilliant save before having a goal disallowed shortly after. Despite their best efforts County couldn’t double their lead before half time. County came out in the second half dominating once again, winning three corners in the opening ten minutes. In the 66th minute they finally managed to break through again. Stephenson, who assisted the first goal, struck a low shot from the left-hand side. The keeper got a slight touch on it but it wasn’t enough to keep it out and County doubled their lead. Despite be 2-0 up, the Hatters continued to push on in search of more. Just five minutes later they made it three. Frank Mulhern capitalised on a poor roll out from the goalkeeper and slotted easily into an open goal to make it 3-0 County. There was no way back into the game at this point for Avenue, and they very nearly conceded again when Warburton hit the crossbar, but in the end the game finished 3-0 to the Hatters.

Our final client in action over the weekend was Mark McManus. He started at the heart of North Shields defence as they travelled to Ashington. Shields started the game well, with Jordan Summerly causing problems for the home team’s defenders. The visitors were completely in control in the first half, with Ashington struggling to deal with the intensity, but they managed to hold on until half-time as both teams went in level. Shields picked up from where they left off in the second half, and they finally found a breakthrough in the 52nd minute. Gary Day, a half time substitute, manoeuvred his way into the area with the ball before placing the ball past the opposition keeper to give his side the lead. North Shields continued to look for more after this but came very close to conceding. Ashington had a chance from a set-piece which looked destined for the goal, only for McManus to clear off the line and keep his side in the lead. As the game entered its dying moments, Ashington were throwing everything they had at the visitors in hope of salvaging something from the game, but it wasn’t to be, and North Shields deservedly finished the game as victors.