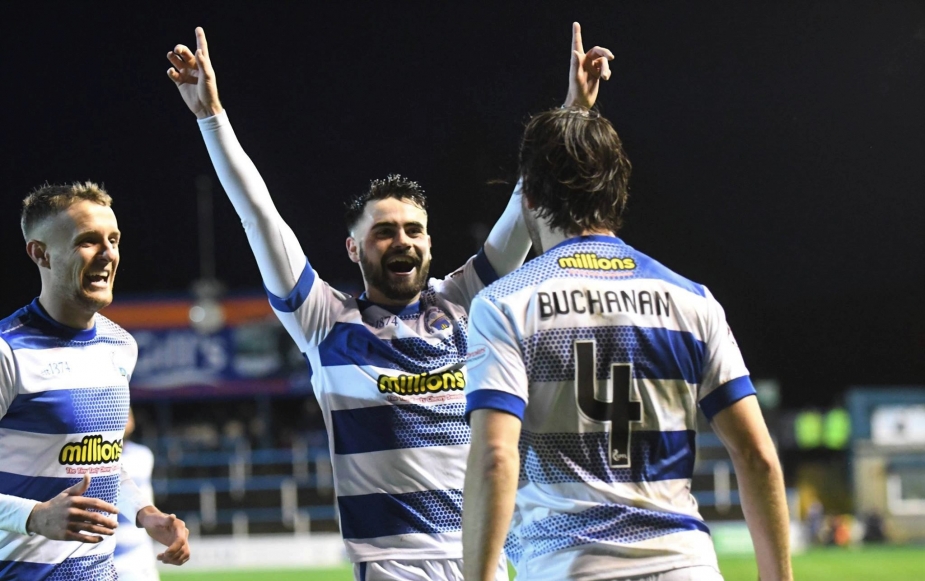 Jordan Clark featured on the wing for Accrington Stanley during their game against Sunderland. Stanley went 1-0 down after Chris Maguire fired one in for Sunderland, but they reacted instantly through Connor Hall. In the 73rd minute the game had to be abandoned due to heavy rainfall.

Saturday also saw Macclesfield Town in action at Colchester United. Our client Danny Whitaker started in the middle of the park for the Silkmen. The game got off to a lively start, with both sides having chanced in the opening ten minutes. Keiran O’Hara was in fine form, keeping out chances from Courtney Senior and Mikael Mandron, but in the 29th minute the home side finally found a way past the Silkmen keeper. Colchester broke on the counter and sent a long ball down the right-hand side. Mandron received the ball from out wide and slotted it into the bottom corner to give his side the lead. Macc tried to force a way back into the game before half time, with Stephens and Whitaker looking dangerous, but they couldn’t grab an equaliser and went in 1-0 down at the break. Colchester had the first chance of the match in the second half at the back post, but O’Hara was there to claim it. Macc began to kick on in search of an equaliser. Elliot Durrell and Harry Smith linked up well down the right before Smith sent a ball in for Ryan Lloyd, but it was just out of reach. Fiacre Kelleher came agonisingly close in the 65th minute, but his header was just wide. This seemed to be a trend throughout the game, with Macc having multiple chances but unable to put any away. Colchester came close to doubling their lead in the final few minutes, only for Kelleher to produce a fantastic challenge, sliding in to deny Colchester a second. In the end it wasn’t meant to be for Whitaker and the lads, with the game ending 1-0 to Colchester.

Stockport County hosted Chester FC on Saturday, with Sam Minihan starting at right back for the visitors and Dan Cowan on the bench. The game got off to an exciting start, with Chester keeping the ball in the County half early on, but County looking dangerous on the break. The first real chance of the game came in the fourth minute when with Frank Mulhern and Matthew Warburton breaking down the pitch for County. The latter found space and drilled the ball goalward, only to miss by a small margin. Chester almost instantly reacted to this County pressure just a few minutes later when Akwasi Asante turned his man and let fly, only to hit the County post. The game continued to be an end-to-end affair, with both sides having plenty of chances. In the 32nd minute there was finally a break through. Asante, after coming so close earlier on, took his chance this time to give the visitors a 1-0 lead. County looked to get back into the game before the end of the half, and in the 43rd minute they were given a golden chance. A free-kick was sent into the Chester box, only for Steve Howson to handle the ball in the area and concede a penalty. Sam Walker stepped up to take it and made no mistake, drawing County level just before the break. Chester came out fighting in the second half, throwing everything at County throughout, only to be denied by numerous top draw saves from Ben Hinchliffe. County came close on a few occasions, with Minihan getting down the right and causing problems with his delivery. Scott Duxbury, Warburton and Minihan all had chances late on but there was no way past the Chester keeper, and the game ended 1-1. Dan Cowan was introduced in the 85th minute of the game.

Steve Watson and his Gateshead side took on Bromley at home over the weekend. The Heed got off to a great start, with Luke Molyneux and Tom White both having efforts on goal in the opening four minutes. In the 16th minute Gateshead took the lead. Molyneux sent a corner into the box and Luke Armstrong was there to meet it. Gateshead were dominating at this point and came agonisingly close to doubling their lead in the 32nd minute when Steve Rigg fired a shot against the Bromley crossbar. Watsons men went in at half time 1-0 up. They started the second half in the same vein, with Scott Barrow having a chance straight away, but he couldn’t quite keep it on target. Molyneux’s set-piece delivery was causing problems for Bromley all game, and in the 51st minute he made them pay. He sent a dangerous free-kick into the area only for it to be headed out for a corner. Molyneux stepped up to take the resulting corner and found Fraser Kerr who smashed the ball into the roof of the net to double his sides lead. Bromley tried to get back into the game and pushed forward. Jack Holland and Adan Mekki came close for the visitors, with Holland hitting the post and Mekki seeing his strike deflected just over the bar. The visitors couldn’t seem to find a way through, and let Gateshead completely take control for the final ten minutes. It should have been 3-0 at least in the final few minutes. Armstrong hit the post and Barrow shot just wide of the target, but in the end Steve and his men were the deserved winners.

Gregor Buchanan started at the back for Greenock Morton as they hosted Dundee United on Saturday. Morton were looking good during the opening exchanges of the game, with Scott Tiffoney and Robert Thomson both having chances in the first 20 minutes. Dundee began to grow into the game and had a couple of chances. In the 31st minute they found a way through. Fraser Aird sends in a free-kick from the left and Frederic Frans is there to meet the ball and head home. There were very few chances before half time and Morton went in behind. They started the second half in a lot better form, with Reghan Tumilty finding the back of the net within five minutes, only to be ruled offside. Morton kept up the pressure however, with Rory McKeown and Chris Millar both having chances. In the 78th minute Morton finally found an equaliser. Michael Tidser sent a free-kick into the box, only for the Dundee keeper to punch it out. However, the keeper didn’t get enough power on his punch, allowing our very own Gregor Buchanan to step up and head home into the empty net, salvaging a point for his side.

Wes York came on during the second half for York City over the weekend during their game against Boston United. The first half was an even affair, with neither side managing to take the lead. Boston started the second half in much better form however, and in the 51st minute they took the lead. Nicky Walker slid at the back post to meet a low cross from Max Wright and give his side the advantage. Just twelve minutes later Boston doubled their lead. This time Gavin Allot was at the back post to finish from a low cross. After the goal York was introduced. York City would try to find a way back into the game but, despite a late chance for Wes York, there was no way through and the game ended 2-0 to Boston.

Our final client in action over the weekend was Mark McManus, who featured for North Shields FC in their game against Hebburn Town. Callum Johnson thought he had put the Robbins in the lead in the opening few minutes, but he was ruled offside by the linesman. The Robbins quickly reacted however, and not long after they took the lead. Sean McRoberts hit a wonderful strike from 25-yards to give his side an early advantage. The Robbins continued to dominate proceedings, and in the 30th minute they doubled their lead. Ryan Carr beat the Hebburn keeper and found the back of the net from just outside the area. In the 45th minute the Robbins grabbed another goal. Paul Robinson stepped up for a free kick on the edge of the area and caught the keeper out at his near post. North Shields went in 3-0 up at the break. Hebburn started the second half a lot better than the first, and within five minute they pulled one back. Luke Sullivan was free in the area and headed home a cross from the wing to give his side hope of a comeback. Hebburn continued to pile the pressure on, but in the 85th minute all hope of a comeback was lost. Jack Donnison and Craig Spooner linked up well, and Spooner managed to get through on goal and finish with style, ultimately finishing the game off and guaranteeing his side the win. The game ended 4-1 to North Shields, a fantastic afternoon for Mark and the lads.