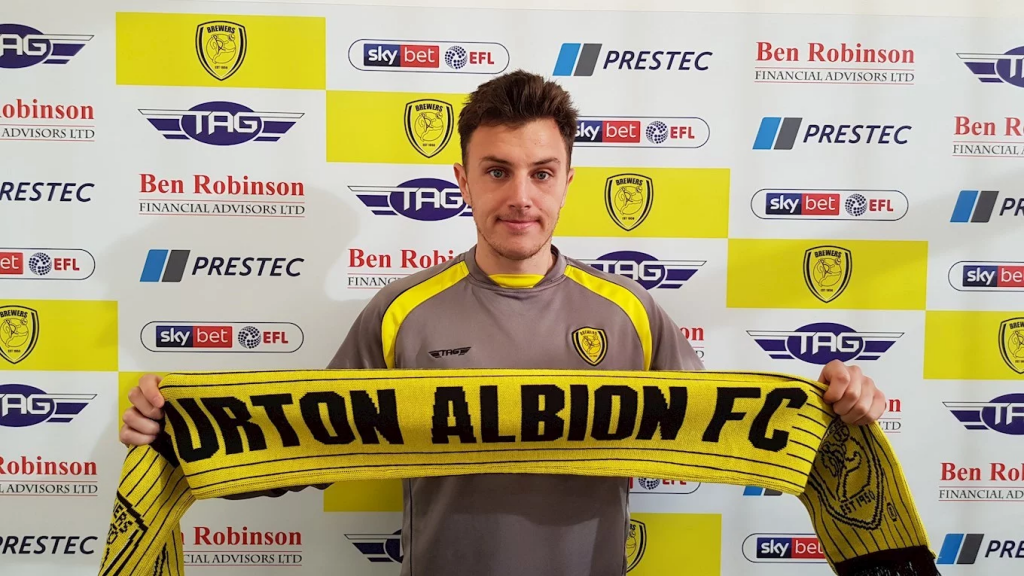 Versatile English wing back Kieran Wallace has signed on with BKM.

Kieran started his playing career with Nottingham Forest, joining their youth set up in 2004. He spent 10 years with Forest before leaving to join Ilkeston FC on a non-contract basis.

Kieran spent one season with Ilkeston, making 18 appearances in the Northern Premier League throughout the season. During his spell he caught the eye of League One side Sheffield United, and in November 2014, United completed the signing of Kieran on a deal until the end of the season.

He made his debut on the 13th December away at Fleetwood, with the game ending in a 1-1 draw. After making three more appearances following his debut, Kieran was sent on loan to Lincoln City. He made six appearances for Lincoln before returning to Sheffield at the end of the season. The Blades decided to extend their right to a further year on Kieran’s contract for the 2015-16 season. He featured prominently during pre-season, with new manager Nigel Adkins playing him in a new position at centre-back opposed to his usual midfield role. After impressing throughout pre-season, Kieran appeared regularly for United during the start of the campaign at both centre-back and left-back. He ended the season with 13 appearances in all competitions.

During the 2016-17, Kieran joined Fleetwood Town on loan. Upon his return to Sheffield United, his contract was terminated by mutual consent. Kieran then joined Matlock Town F.C on the 7th October 2017. On that very day he made his debut for the side, starting at left back during Matlock’s game against Stalybridge Celtic.

In 2018 Kieran made his return to the Football League, signing for Burton Albion in League One. The move saw Kieran reunite with his old manager Nigel Clough, who was in charge at Sheffield United when Kieran first joined in 2014.

BKM co-founder Nick Bianchi had this to regarding Kieran joining BKM; “Kieran Wallace in an English player currently at League 1 side Burton Albion, reunited with Nigel Clough, who was his manager when he played at Sheffield United. Kieran is a highly versatile player, able to play in multiple positions, his strongest position being left wing back and left midfield. He can also play comfortably at centre-back.

Kieran has played for a host of top tier clubs such as Nottingham Forest, Sheffield United, Fleetwood, Lincoln and now Burton Albion, and has also represented England at Under 16 and Under 17 International level. We are delighted to have him part of the BKM family.”