Two BKM Clients on the Move 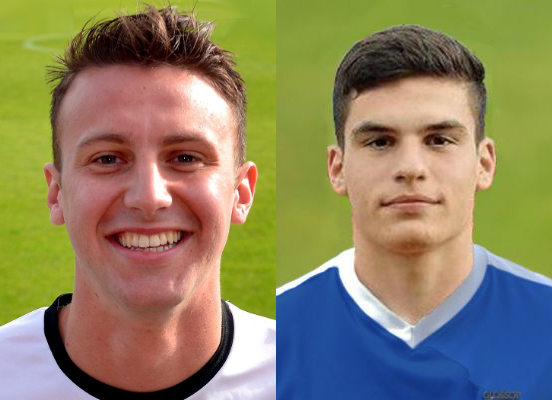 Two of our clients, James Georgaklis and Mark McManus, have secured deals to start at new clubs in the past week.

James secured a loan move to Glossop North End in the Northern Premier League Division One. James started playing in his native Australia, featuring for the likes of Putney Rangers and Manly United to name a few. In 2015 he signed a two-year contract with Swindon Town and featured in numerous development games, as well as being named in the first team match day squads multiple times. He left Swindon in 2017 and moved over to Northern Ireland, joining Larne FC. After helping Larne to a 7th place finish during his only season James moved back to England. He joined Hyde United at the beginning of the season after a successful trial period during pre-season. James featured for the Hyde reserve side in the midfield and decided to join Glossop on a short term deal in search of first team football.

Mark has joined Northern Football League Side North Shields FC on a short-term loan from Gateshead. Like James, Mark began his playing career in Australia, spending time with Manly United and Central Coast Mariners as a teenager. He moved to Spain in 2016, joining Hercules FC. Mark spent 18 months with the Spanish side before moving to England. After a successful trial during pre-season, he was signed by Steve Watson at Gateshead. Mark hasn’t made a start for the first team since joining, so a decision was made to go out on loan for some first team minutes. Fellow Gateshead players Finley Hayhurst and Lewis McGeoch have also joined North Shields on loan.

BKM Co-founder, Nick Bianchi, had this to say; “We are delighted that Mark has secured a short team loan deal at North Shields which will give him important game time. Also, we are thrilled James has joined up with Peter Band’s Glossop North End side. We hope James will get a start against Kendal this Saturday.”