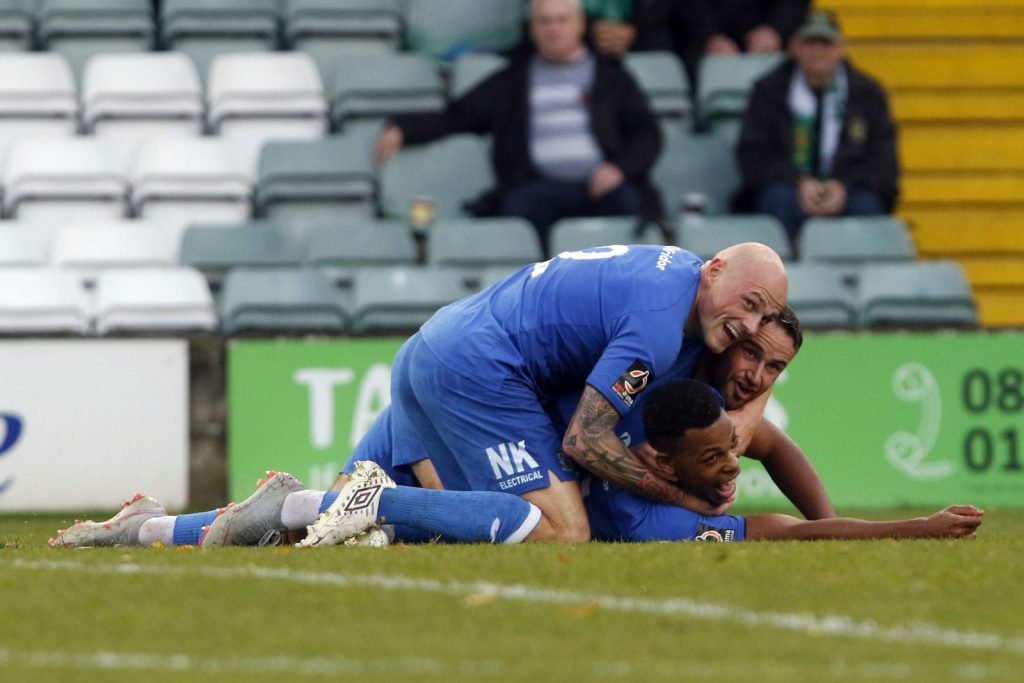 Many of our clients featured over the weekend in both the FA Cup and in Scotland, find out how they did.

Jordan Clark started out wide for Accrington Stanley in their game against Colchester United. In the first minute of the game Colchester were forced into making a substitution after Tom Eastman suffered a head injury. The U’s were looking dangerous throughout the opening stages, with Sammie Szmodics coming close on numerous occasions. Stanley began to find their footing and began to put pressure on the visitor’s defence. Billy Kee came close in the 23rd minute, but his header went just over. Just a minute later Luke Charman had a chance with a half-volley from the edge of the area, but it was just wide. In the 30th minute Colchester were forced into another change. Goalkeeper Rene Gilmartin had to be replaced by Dillon Barnes after suffering a hamstring injury. Barnes was instantly tested after coming on, with Kee setting up Charman for a long-range strike. In the 34th minute Stanley found a breakthrough. Colchester lost the ball deep in their own half and Daniel Barlaser manoeuvred his way past two players before having a go from the edge of the area and, thanks to a generous deflection, found the back of the net. Stanley would see out the rest of the half with ease. The second half was a hotly contested event, with Stanley and Colchester having numerous chances. Clark came close for Stanley a few minutes into the half, but U’s keeper Barnes managed to keep it out. Colchester had a decent spell of possession, looking dangerous in attack but they couldn’t find a way through and the game ended 1-0 to Accrington.

Danny Whitaker took his Macclesfield Town side to Maidstone for their FA cup fixture. The Silkmen got off to an exciting start, as the in-form Ben Stephens came close with an acrobatic effort in the box in the 2nd minute. In the 14th minute Stephens grabbed a goal. Malachi Napa burst down the right-hand side, holding two defenders off and pulled the ball back for Stephens to find the back of the net with a lovely top corner finish. Danny’s men held onto the lead for the remainder of the half, but not long into the second half Maidstone got an equaliser. In the 50th minute Jack Powell hit a free-kick from the left straight into the top corner to give Maidstone some hope in the game. The Silkmen almost regained their lead straight away thanks to Stephens, but the young striker was denied by a fantastic double save from Maidstone keeper Grant Smith. In the 68th minute, Grimes brought down Elliot Romain in the box, and Blair Turgott stepped up to take. On-loan Macc keeper Keiran O’Hara picked the right wait for the penalty but was still unable to stop Turgotts excellent penalty. The game ended 2-1 to Maidstone as Macclesfield bowed out of the FA Cup.

BKM clients Sam Minihan and Dan Cowan both featured for Stockport County as they travelled to Yeovil Town. It was a bad start four County, as just eight minutes in Alex Fisher met with a Carl Dickinson cross to head past Ben Hinchliffe in net and put Yeovil in the lead. County didn’t let this phase them however and continued to cause problems for the hosts with their attacking football. Nyal Bell and Matty Warburton were looking increasingly dangerous throughout the half, and in the 34th minute, Warburton pulled one back for County. He curled a free-kick perfectly into the top corner from the edge of the area, leaving Yeovil keeper Nathan Baxter with no chance. Just four minutes later County doubled their goal tally. Elliot Osbourne received the ball on the right-hand side, and he found Bell at the far post with a low cross for him to finish and give Country the lead before half time. Yeovil came out after the break looking to get back into the game. The early stages of the second half were all situated in and around the County area. In the 62nd minute Hinchliffe sent the ball into Yeovil’s half, and after a horrible mix-up at the back for Yeovil Frank Mulhern found himself through on an open goal and had the easy task of finishing it off. Yeovil would press for the rest of the game in the hope of a late comeback, but it wasn’t to be as County progressed to the FA Cup Second Round for the first time in nine years.

Steve Watson and the Gateshead lads travelled to Rochdale for their FA Cup fixture. Both teams started the game well and were creating chances at both ends of the pitch but in the 21st minute Rochdale took the lead. Ian Hendeson played a low cross into the Gateshead area and it deflected of Heed centre-back Jon Mellish into his own net. Rochdale instantly doubled their lead; this time Henderson is on the receiving end of a low cross to tap it in at the back post. Gateshead began to go on the offensive in the hope of starting a comeback. They came close on a few occasions, with Greg Olley and Scott Boden looking like the danger men, but there was no way through and they went in at half-time 2-0 down. Gateshead instantly came out fighting in the second half, and just five minutes in they halved the deficit. Mellish carried the ball forward from the defence and after a lovely one-two with Olley found himself through on goal and let fly. Rochdale keeper Brendan Moore managed to get a touch, but it wasn’t strong enough to keep Mellish’s effort out and he pulled one back for Gateshead. This really boosted Gateshead’s confidence as they continued pressing the Dale defence, but there was no breakthrough for Steve’s men and the game would end 2-1 to Rochdale.

Our final client in action over the weekend was Gregor Buchanan, who featured at the heart of the Greenock Morton defence during their game against Alloa Athletic. The game was a cagey affair for the majority of the first half, with big chances a rarity. In the 28th minute there seemed to be a breakthrough for Morton as Bob McHugh found the back of the net. The goal was disallowed due to an apparent foul on Alloa keeper Neil Parry. In the 35th minute, Buchanan charged out from the back and cleverly played Jim McAlister through with a lovely reverse pass. McAlister let fly with a left-footed drive but Parry pulled off a fantastic save to keep it out. Morton came close again before the interval. Jack Iredale sent a great cross into the box, forcing the Alloa defence to head behind for a corner. Michael Tisders resulting corner was a dangerous one, but it was headed clear at the front post. Both sides went into the break goalless. Alloa came out after the interval looking more livelier of the two sides, putting constant pressure on the Morton defence in hope of a way through. In the 73rd minute Morton conceded a penalty, and Alloa’s Alan Trouten stepped up and slotted his penalty into the bottom corner to give his side the lead. Just over ten minutes later Alloa were awarded a second penalty of the afternoon after Hastie went down under a Tumilty pull. Iain Flannigan took the spot-kick and found the back of the net to finish the game off.