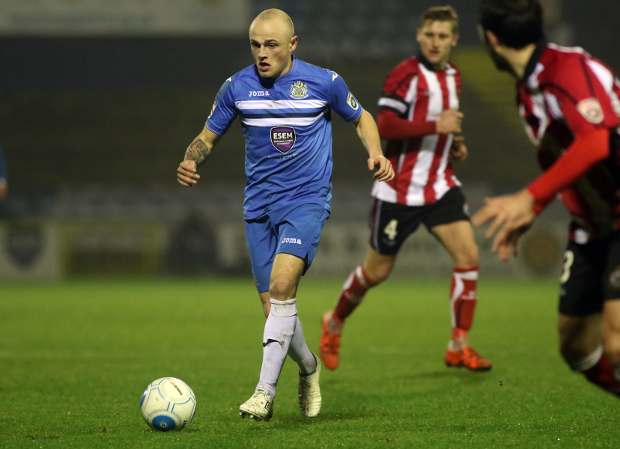 Stockport Country full-back Sam Minihan has signed on with BKM. The 24-year old has already played for 3 different clubs, starting his career with hometown team Rochdale. He signed a two-year scholarship back in 2010 and stayed with the club until 2013.

During this spell Sam went on loan to Droylsden for some first team action and made fourteen appearances.

Sam took a break from football in 2013 to attend university, but upon his return in 2015 he joined Worcester City. In his only season with the club Sam made thirty-four appearances and even got himself a goal. At the end of the season Sam was named Young Player of the Season and Players Player of the Season. Sam turned down a contract offer from Worcester and joined Stockport County in June 2016.

His first season with the club was a massive success, making forty-three appearances in all competitions and scoring twice. County finished 8th in the National League North, and Sam picked up the Young Player of the Season awards. His second season was unfortunately disrupted by injury, with Sam only managing 11 appearances. This season Sam has already made 12 appearances, surpassing his total for all of last season, and has proved a vital part of the County team.

Co-founder Nick Bianchi had this to say about Sam’s arrival, “We are delighted to welcome Sam to the BKM family. He is a specialist right back/wing back who can also play as a right winger, who started his career as a midfielder. He has lots of experience in the game since making his debut in 2012 for Rochdale and is currently a regular in Jim Gannon’s Stockport County side.”