BKM Client named in Team of the Season 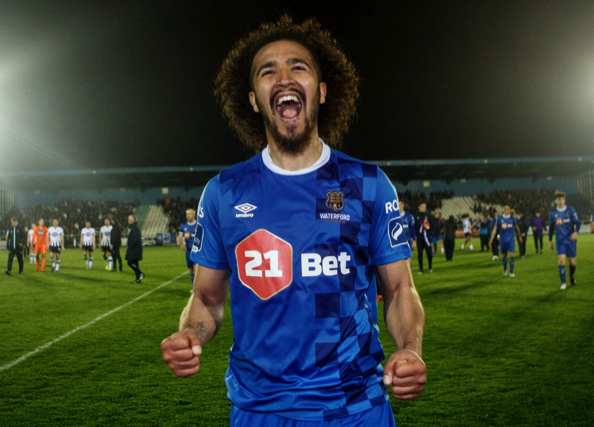 BKM client Bastien Héry has been named in the SEE Airtricity League Premier Division team of the season by The 42 after a great season with Waterford FC. Bastien signed for Waterford FC at the beginning of the 2017/18 season and made over 30 appearances to help guide Waterford to a top 4 finish and Europa League qualification in their first season back in the Irish top flight. The classy Frenchman ran the show in the middle of the park for the Blues, constantly breaking up the play and driving the team forward with his range of passing and dribbling abilities. Bastien also popped up with 5 goals throughout the season, with the pick of the bunch being his incredible finish in the 2-0 victory against St Patricks Athletic.

George Munro had this to say on Bastien’s inclusion in the team; “BKM are delighted to congratulate Bastien on his selection for The 42 Airtricity League One Team of the Season 2018. His consistently outstanding midfield performances played a very significant contribution in Waterford’s excellent season in the top level of Irish football. We are proud to be associated with Bastien’s success and delighted to see his achievements bring recognised at the highest level and we wish him, and Waterford continued success in the 2018/19 season.”

Bastien and the rest of the Waterford squad will be hoping to finish their campaign on a high on Friday, as they host Bastien’s old side Limerick in the final game of the season. Find the full team of the season here.