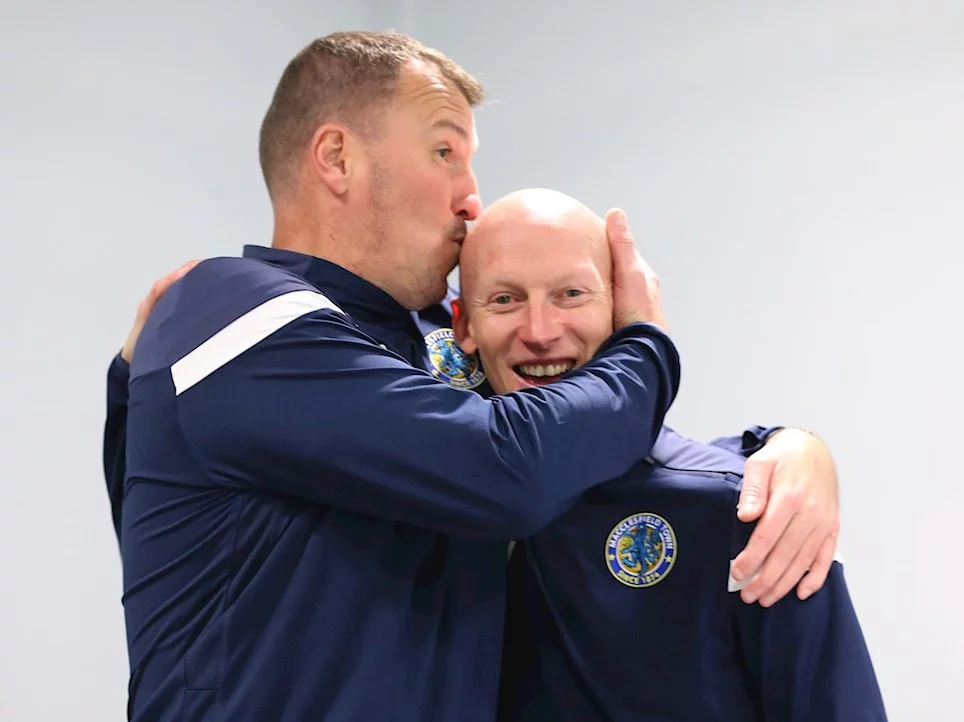 There were a number of BKM clients in action over the weekend just gone for their respective clubs. Here’s how they all did.

Friday night saw Bastien Héry feature for Waterford FC in their game against Shamrock Rovers FC. The game got off to a dramatic start, as Shamrock had a goal disallowed in the opening minute when Dylan Watts was deemed offside. Eleven minutes in Shamrock were able to break through, with Gary Shaw finding the back of the net thanks to a Garry Comerford deflection to put the hosts 1-0 up.  Waterford regained a footing in the match and came close on numerous occasions, however against the run of play Shamrock doubled their lead thanks to a Dan Carr finish after a scramble in the box. Waterford went in 2-0 down at half time and manager Alan Reynolds made a double substitution, introducing Dessie Hutchinson and Ismahil Akinade. Waterford came out after the break looking for a breakthrough, and in the 73rd minute they found one. The substitutes linked up extremely well, as Hutchinson sent a ball in from the right-hand side and found Akinade in the box to head the ball into the back of the net. Waterford continued to press for an equaliser, but all hope was lost in the 87th minute when Sean Boyd found a way past Niall Corbett in goal. The game ended 3-1.

Saturday saw many more clients feature. Gregor Buchanan played a full 90 minutes as Greenock Morton hosted Falkirk. The first 20 minutes were a cagy affair with both teams getting stuck in, but as they continued Morton settled into the game and began to dominate. Morton had numerous chances in the first half but couldn’t find a way through and went in at the break level. Three minutes into the second half Falkirk were down to ten men as goalkeeper Leo Fasan was shown a straight red. Morton really kicked on after this and in the 76th minute they broke the deadlock. Bob McHugh got on the end of a Kerr Waddell header across the box to put Morton in the lead. Falkirk came close to equalising in the 93rd minute of the game only for Buchanan to produce a fine block. Morton managed to see out the rest of the game to record a 1-0 victory.

Danny Whitaker and Keith Lowe were also in action against Carlisle. Whitaker took charge alongside Neil Howarth for the third game since Mark Yates’ departure, selecting Lowe to start at the heart of the defence. Carlisle started the match on the front foot, with Jerry Yates dragging a shot just wide in the early moments of the game. However halfway through the first half the Silkmen began to kick on, with Peter Vincenti and Tyrone Marsh having a few chances but they couldn’t carve an opening. In the 50th minute of the game Carlisle broke the deadlock, with Ashley Nadeson finishing from close range. Macclesfield very nearly bounced back, but Nathan Blissett couldn’t get the ball under control in time in the opposition area. Macc continued to pile the pressure on, with Vincenti, David Fitzpatrick and Harry Smith all coming close. In the 79th minute Ben Stephens was taken down in the area and Michael Rose coolly converted the penalty. Only minutes later the Silkmen took the lead thanks to Vincenti, as Smith pulled the ball back across the goal for him to slot home. Macclesfield won the game 2-1 and picked up their first three points of the season.

Accrington Stanley winger Jordan Clark featured on Saturday as Stanley travelled to Peterborough. The visitors got off to a quick start, with captain Sean McConville scoring the only goal of the game 11 minutes in after an Offrande Zanzala header was blocked. Just a few minutes later BKM client Clark came close to doubling their lead, only for former Stanley keeper Aaron Chapman to pull off a fine save. Mark Godden came close to scoring for the hosts before half-time, but his 25-yard effort smashed against the crossbar. Stanley came back out after the break in the same fashion as they finished, constantly getting forward and putting pressure on the Peterborough defence. On-loan midfielder Daniel Barlaser almost doubled the visitors lead, but his shot deflected and hit the post. Peterborough’s best chance came late on when substitute Marcus Maddison sent in a great ball from the right-hand side, but Godden scuffed the chance. The game would end 1-0, leaving Accrington in 4th place in the League One table.

John Askey’s Shrewsbury hosted Sunderland in League One on Saturday. Shrewsbury got off to a good start, with both Omar Beckles and Luke Waterfall coming close in the early stages of the game. Sunderland had a few chances of their own in the first half, not least when Lee Cattermole connected with Jerome Sinclair’s cross but could only hit it over the bar. The closest either team got to breaking the deadlock in the first half came when Shaun Whalley curled a free kick onto the bar. Sunderland finally found a way through after the break as Lynden Gooch sent the ball into the box, only for Beckles to turn it into his own net. Sunderland came close to doubling their lead when Chris Maguire’s well-struck shot forced a save from Shrews keeper Joel Coleman. Askey’s men continued to chase an equaliser, with both Beckles and Aaron Amadi-Holloway firing just wide, but in the 84th minute, substitute Luke O’Nien found the back of the net to double Sunderland’s lead and end any hope of a comeback for Askey’s men, with the game ending 2-0.

Steve Watson took his Gateshead team to local rivals Dunston UTS in the FA Cup. The Heed made a fantastic start, with Greg Olley finding the back of the net in the first 5 minutes. Dunston almost equalised straight away through Mark Fitzapatrick, but the forward couldn’t quite hit the target from the back post. Gateshead continued to push forward in search of a second goal, which came shortly after thanks to Steve Rigg’s great finish. Watson’s men didn’t stop there, with both Scott Boden and Robbie Tinkler having chances to score. Rigg and Boden linked up once again in the 44th minute when Rigg set up Boden for a curling effort into the top corner. Boden could have doubled his tally just after half-time but he couldn’t find a way past Dunston keeper Karl Dryden. Dunston began to apply pressure early on in the second half in an attempt to get back into the game, but the Heed held their ground and eventually made it 4-0 thanks to a fine near post finish from substitute Luke Molyneux. Gateshead would see out the rest of the game out and progress to the FA Cup first round.

York City were also in action in FA Cup qualifying, playing away at Blyth Spartans. The visitors took the lead when Jordan Burrow met a low Macaulay Langstaff cross to finish at the near post. York continued to dominate the game for the most part, and even had a golden chance to double their lead in the 61st minute when Russ Penn was tripped in the Spartan box. Sean Newton stepped up to take the penalty but was denied by Spartan keeper Peter Jameson. The game would end 1-0, with BKM client Wes York coming on in the last few minutes of the match to ensure victory for the Minstermen.