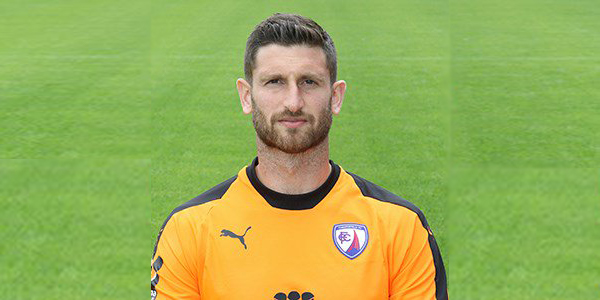 Former Macclesfield Town goalkeeper Shwan Jalal started for his new club Chesterfield in their first pre-season game against Sheffield FC. He kept a clean sheet before being replaced for Joe Anyon in the impressive 5-1 victory.

Chesterfield’s second match saw them come from behind to earn a 1-1 draw at Boston United, with Zavon Hines scoring for the Spireites – Shwan was an unused substitute.

In the third game of pre-season, Shwan started in goal during the 4-0 victory at Gainsborough Trinity. He made numerous important saves before being substituted for Anyon. Shwan did not feature in Chesterfield’s next match at Nuneaton. The youthful Spireites team impressed in a 5-0 win for Martin Allen’s men.

In the next game, a testimonial match for Tommy Lee, Shwan started on the bench. He would come on to replace Tommy Lee 6 minutes in, and make numerous key saves during his time on the pitch. Unfortunately for Shwan there was nothing he could do to stop a deflected Will Grigg header in the 38th minute to put the latics ahead. Shwan was replaced on the 60th minute by Anyon. Jerome Binnom-Williams had an impressive performance down the left-hand side, and got himself on the scoresheet in the 64th minute. The game would end 1-1, in a touching tribute to Spireite legend Tommy Lee.

The final two games of Chesterfield’s pre-season were against Alfreton Town and Matlock. The Spireites fielded young teams over the two games, but unfortunately both ended in defeat, with Alfreton and Matlock winning 2-0 and 4-2 respectively. Shwan did not feature in either game.