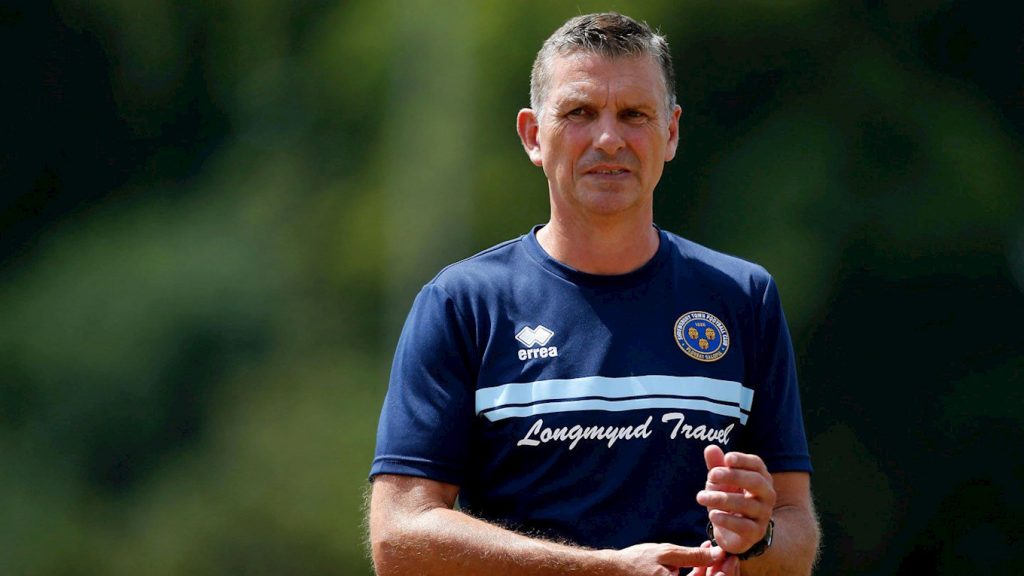 John Askey took charge of his first game as Shrewsbury Town manager, in which they beat Kidderminster Harriers 3-0. Goals from Fejiri Okenabirhie (2) and Abo Eisa made sure John started his tenure with a win.

Just three days later his team played Championship side Bristol City, a game which ended in a 1-1 draw thanks to a Stefan Payne goal to cancel out City’s opener. Askey’s men then took on Premier League side Burnley, behind closed doors. The game was hotly contested, with both side having plenty of chances but it was Shrewsbury who came out on top. Okenabirhie – who had been looking dangerous ever since his introduction at half time – managed to send a cross flashing across the goal and Burnley’s Charlie Taylor knocked the ball into his own net. An impressive result for Askey’s men, with a strong defensive performance ensuring they ended with a clean sheet.

The Shrews then took on Brentford, but despite a good performance from the team and goals from Aaron Amadi-Holloway and Okenabirhie, Askey’s men suffered a 3-2 defeat.

Hoping to get back to winning ways, Askey and his men took on local rivals AFC Telford United. The game got off to a poor start for Shrewsbury, as Telford took the lead within the first minute. It took Town a while to get back into the game, and they even missed a penalty towards the latter stages of the half, but in the 40th minute Arthur Gnahoua equalised. The winger managed to get some space on the edge of the area and curled a great effort in. Town began the second half looking dangerous, and just after the 65th minute they got their goal. Josh Laurent played a nice one-two with Gnahoua and found substitute Okenabirhie in the area, who slotted home with his first touch to give Town the lead. Askey’s men dominated the rest of the game, comfortably seeing out the 2-1 victory.

In the final game of pre-season, Town took on Port Vale. Vale were the first side on the scoresheet, with Conell Rawlinson finding the back of the net just after the half hour mark. It only took Town three minutes to equalise, with Shaun Whalley getting on the scoresheet after a defence splitting pass from Jon Nolan. The goal proved to be a catalyst for Town, as they began to show their dominance, and shortly after Amadi-Holloway also found the back of the net to put his side ahead. The second half started in the same way the first ended, with Town dominating. Amadi-Holloway got his second of the game thanks to some great wing play from Omar Beckles. Port Vale managed to pull one back against the run of play, with Tom Pope firing home, but it wasn’t long until Town finished the game off, with Lenell John-Lewis smashing the ball home into the left hand side of the goal. The game ended with Shrewsbury coming out on top, ending their pre-season with an impressive 4-2 victory.