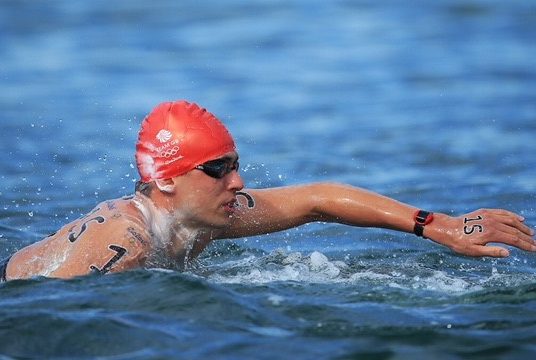 Jack’s first international stripes came back in 2010 with a fourth place finish in the 1500m freestyle at the European Junior Championships.

He continued competing for Britain in the freestyle event up until 2013, where he turned his attention to open water.

This decision turned out to be a huge success for Jack, with highlights including a fifth place finish at the World Championships in 2015, competing at the Rio Olympics in 2016, and his first victory at the FINA World Cup in Abu Dhabi in 2017.

Jack had this to say; “Being part of the BKM family is exactly that, a family! Unlike most, they operate with exceptional professionalism, placing both my sporting and personal development at the centre of every decision. I am very excited and optimistic to see what the future holds.”