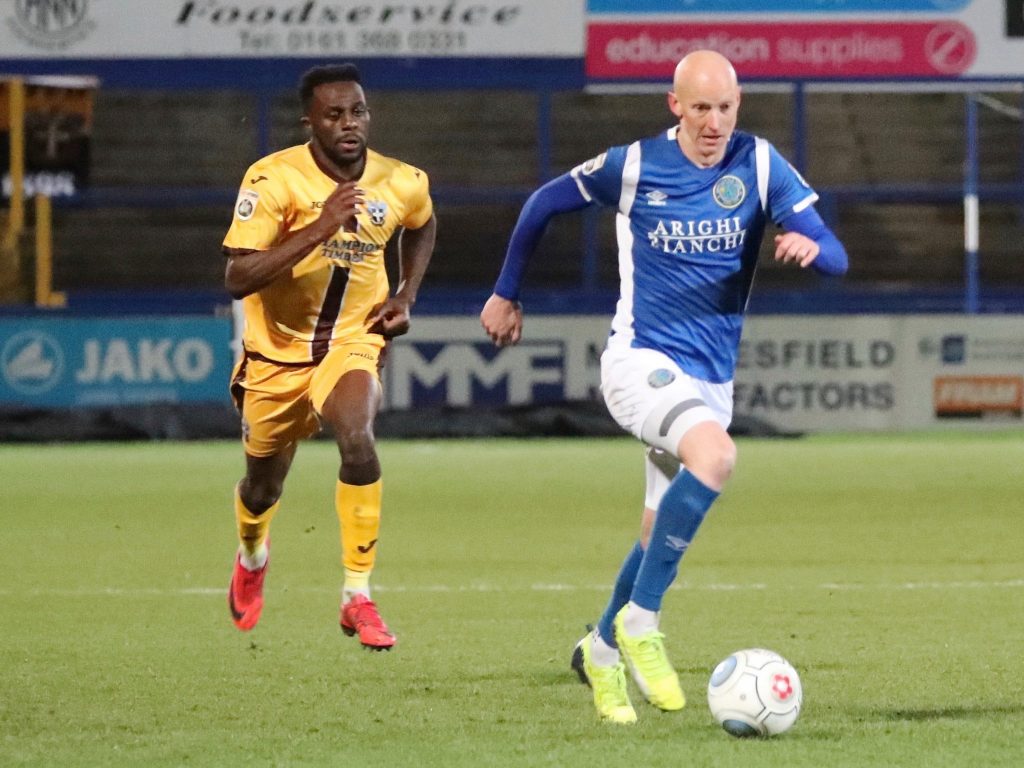 Whitaker will be sharing his job with another former player, Neil Howarth, who played over 250 times for the Silkmen in the mid to late 90’s.

Danny signed for the Silkmen as a youth player and quickly went on to establish himself in the first team, scoring on his debut in 2002. Danny would leave the club in 2006, and enjoy spells with Port Vale, Oldham Athletic and Chesterfield, before re-joining Macclesfield in 2013.

Since re-joining Danny has been a mainstay in the squad, and played an integral part in the 2017-18 championship winning season, scoring 8 goals in 44 appearances.

His incredible form in the 2017-18 campaign saw Danny named in the Vanarama National League team of the season, as well as winning the Mark Harrod player of the year awards from the National League.

Danny will be hoping to carry his scintillating form from last season into the next, as he continues his playing career alongside his new managerial role.

Everyone at BKM would like to congratulate Danny on his incredible achievement, and we look forward to seeing him flourish in his new role during the coming season.