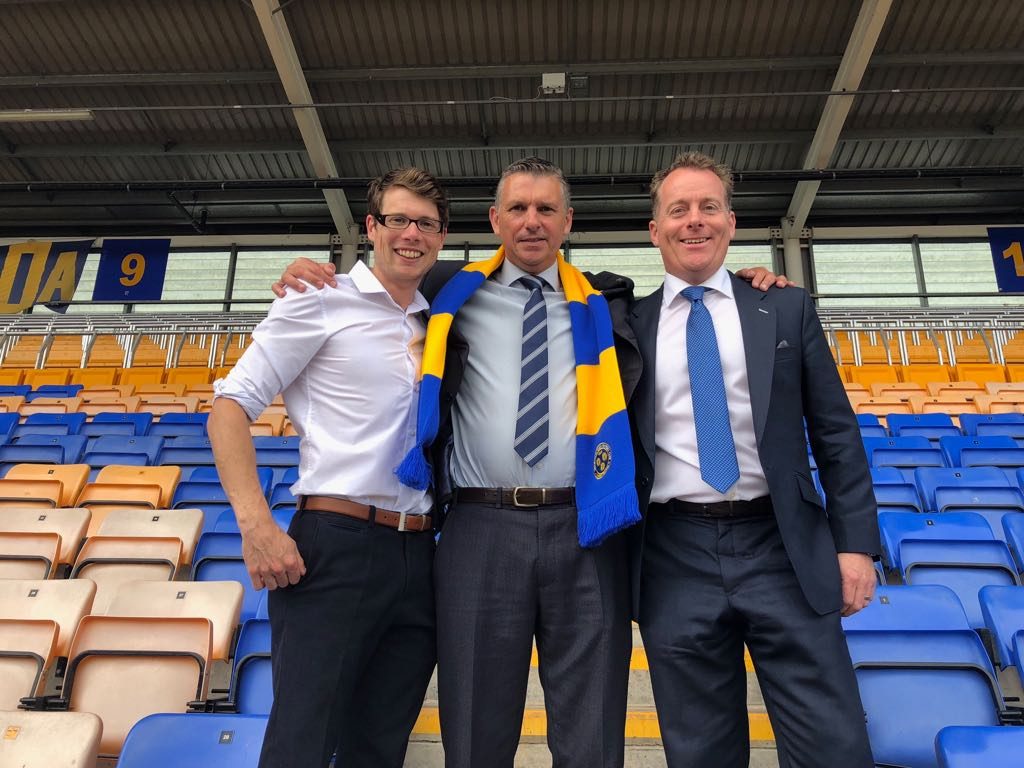 BKM client John Askey has been appointed as the new manager of Shrewsbury Town.

John’s appointment comes off the back of a fantastic season with Macclesfield Town, guiding the club back to the Football League as champions of the National League.

John’s time at Macclesfield was an unprecedented success, taking charge of 297 games, winning 120 of those.

Highlights of his tenure include an FA Cup third round appearance, runners-up in the 2017 FA Trophy, and of course winning the National League by 10 points last season.

BKM co-founder Tom Kirk had this to say on the news, “John’s hard work is paying off for him and the recognition of what he has done has been the driving factor behind him getting this appointment. A new chapter and challenge for John at Shrewsbury but like anything he will welcome it with an open mind and carry on from the success that Shrewsbury achieved last year. We at BKM wish John all the best for the coming season.”